What's Up With the Wildcats? • November 2, 2018 • https://whatsupwiththewildcats.com/599/sports/we-have-our-eye-on-the-prize/

We Have Our Eye On The Prize 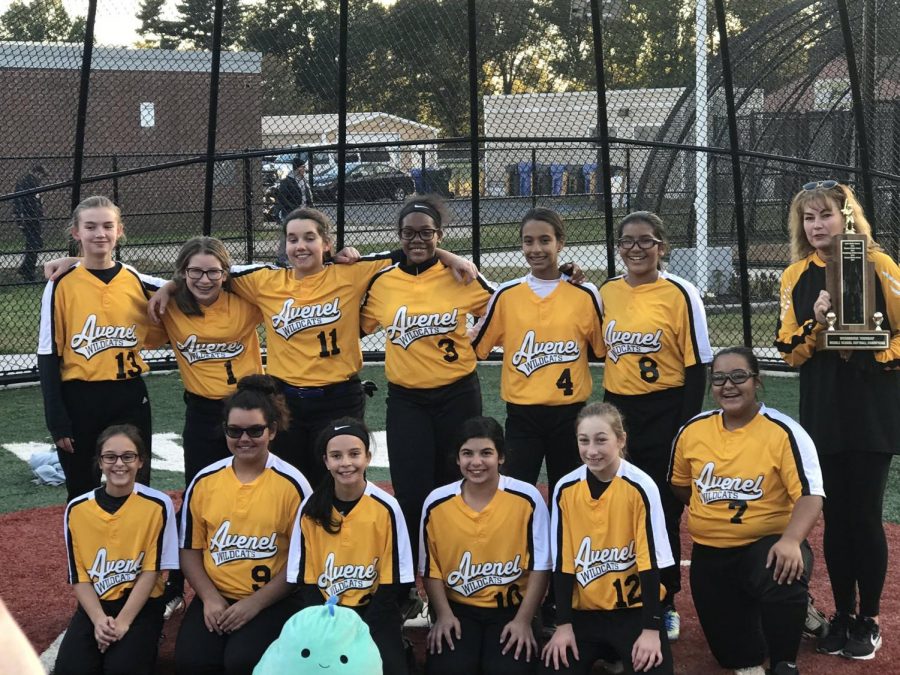 Our very own AMS softball team had a fantastic season making it all the way to the championship game.

To get to the final, our team had to go to the semi-finals. The final score at this game was 6-2 in favor of the Avenel Middle School Softball team. The next game was the championship game where the Wildcats took on the Woodbridge softball team on Wednesday, October 24th. The score of that game was 8-5, in favor of the AMS softball team.  Eighth grader Samantha Ortiz contributed a bunch to the team getting a double that led the team to victory and many more players had huge roles in that game, as well. Talking to Samantha, she shared her feelings on the victory, “ I was very ecstatic; it was to the point I couldn’t cry. It was a real life dream.”

Mrs. Vodarsik, the coach for the softball team commented, “Since almost all of them play travel, they have great chemistry and having a big part of the team being 7th graders, most of the team are friends.”